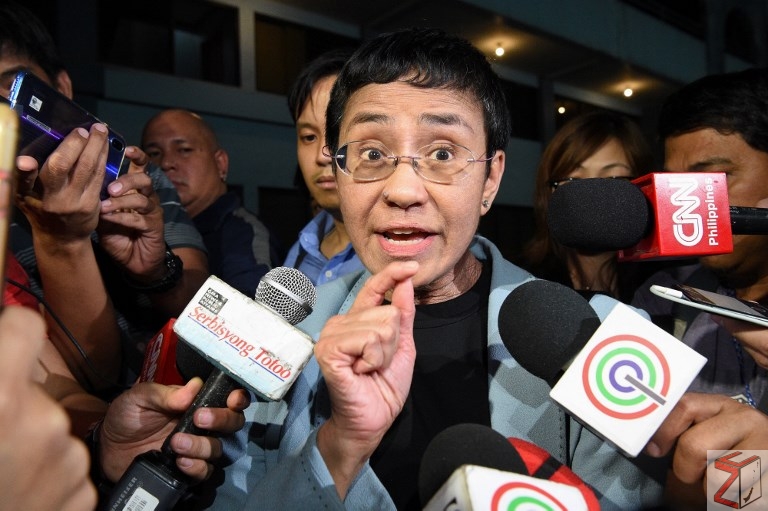 ZONAUTARA.com – The National Bureau of Investigation (NBI) arrested Rappler CEO Maria Ressa for cyber libel in her office on February 13. The International Federation of Journalists (IFJ) and the its affiliate the National Union of Journalists of the Philippines (NUJP) condemned the arrest and detention of Ressa and demand the government end the ongoing crackdown against Rappler.

Ressa was in a meeting at the Rappler offices in Manila when agents served her with an arrest warrant. She was charged with cyber libel over an article Rappler published in 2012. She appeared before court and was denied bail. Ressa remains in custody. Rappler staff broadcast the entire arrest on Facebook, despite objections from NBI agents. Local journalists, including NUJP members, quickly assembled at the Rappler officers, denouncing the arrest.

Ressa’s arrest comes after Rappler, Ressa and reporter Reynaldo Santos Jr. were indicted on libel charges on February 7. The indictment comes over a story that Rappler published a report during the impeachment trial of former Chief Justice Renato Corona. The charges come under the Cybercrime Prevention Act (2012), despite the legislation not being a law until later in 2012. The Department of Justice (DOJ) resolution cites the multiple publication rule to validate the charges.

In December 2018, Ressa was arrested on tax fraud charges, which she is currently on bail for.

In a statement NUJP said it believes the arrest of Maria Ressa on the clearly manipulated charge of cyber libel is a shameless act of persecution by a bully government. It is clear that the Department of Justice perverted the law by charging Maria for an offense allegedly committed before it actually became an offense under the law. The administration is obsessed with shutting down Rappler and intimidating the rest of the independent Philippine media into toeing the lines.

“We call on all freedom-loving Filipinos to stand with the independent Philippines press in defense of the rights not only of media but of the people. For in suppressing the press it is the people’s right to know that is trampled on,” NUJP said.

The IFJ said: “We stand with our affiliate NUJP and all journalists in Philippines in condemning the arrest of Maria. This arrest is a very serious threat to media freedom and journalists’ safety. We strongly demand the immediate release of Maria. We also urge the government to critically address the declining situation for media workers in the country.”

IFJ-SEAJU report Underneath the Autocrats published in December ranked the Philippines the worst offender for impunity in South East Asia.

Photo: Philippine journalist Maria Ressa speaks to the media as she arrives at the National Bureau of Investigation (NBI) headquarters after her arrest in Manila on February 13, 2019. – Ressa, who has repeatedly clashed with President Rodrigo Duterte, was arrested in her Manila office on February 13 in what rights advocates called an act of “persecution”. (Photo by TED ALJIBE / AFP) 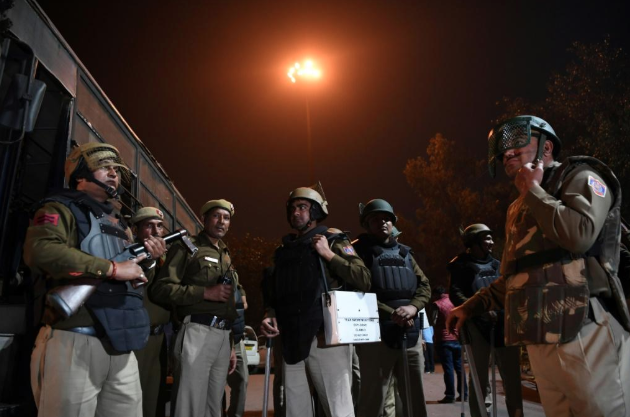 ZONAUTARA.COM – Akash Napa, a journalist with JK 24×7 was shot and at least four other journalists were injured during communal unrest in Delhi on February 25 over the country’s controversial Citizenship Amendment Act (CAA).

Journalists came under attack while covering the communal violence rocking northeast Delhi since Sunday, February 23. Several have been hospitalised after being punched and attacked by communal mobs, where police were reported as being absent or ineffective. Reports also suggested mob members were checking religious credentials of the journalists covering the protests. Television media were particularly targeted in the attacks.

According to JK 24×7 News TV, Napa’s condition is serious. Other journalists injured were Arvind Gunasekar, Saurabh Shukla, Mariyam Alavi and Sushil Rathi. Gunasekar lost several teeth after being punched in the face.

Gunasekar and Shukla were attacked while filming a mosque being set on fire. NDTV’s Mariyam Alavi and camera person Shushil Rathi were attacked while covering a violent protest. According to NDTV, members of the mob slapped NDTV journalist Akshay Kumar Dongare and tried to snatch his microphone and mobile while he was reporting the protest on February 24. According to IJU, the number of journalist attacked during the unrest is expected to be far greater than has been reported.

Apart from the direct attacks, the IJU said footage and photographs taken by journalists on their cell-phones were also deleted. Journalists posted stories to social media confirming that they were repeatedly asked by the protestors to disclose their religious identities.

During earlier protests to the CAA in December 2019, Indian police detained, abused and attacked scores of journalists covering protests in Delhi, Uttar Pradesh, Karnataka and Kashmir who were covering the protests

Within the three days of the outbreak of the communal violence on February 23, at least 13  people have been killed, including the head constable of Delhi Police. Nearly 150 people have been injured in in northeast Delhi including Bhajanpura, Maujpur, Wazirabad, Jaffrabad, Babarpur, Vijay Park, Yamuna Vihar and Gokulpuri.

The Indian Journalists Union (IJU) said: “The attack to journalists is an attack to the freedom of the press. IJU appeals all the concerned to respect the neutrality of journalists and their rights. The IJU demands insurance and adequate compensation to the journalists injured and for the equipment damaged by the rioters. At the same time, the IJU appreciates the journalists for their courage and determination to report the facts under the most trying circumstances”

The NUJ(I) said: “We request the Government of India to probe into incidents and punish the guilty. These incidents re-establish the justification of promulgation of enactment of Journalists Protection Act as demanded by NUJ(I).”

The IFJ said: “IFJ is saddened from the attack to the journalists during their coverage of the communal-unrest and it urges the government of India to ensure safety of the journalists. In addition to this, the way journalists were asked to reveal their religious- identity by the protestors indicates that protest is becoming more communal. Therefore, it is high time for the media house and journalists to maintain sensitivity to the conflict and promote religious harmony”.