MANADO, ZONAUTARA.com – The value of wild animal trade in Indonesia estimated at USD 1 billion in this year. While for the world level in 2013 reached US$ 2.5 billion per year. In Southeast Asia, a large number of wild animal trade started from Indonesia. That is because Indonesia is one of the top megadiverse countries in the world and the largest supplier of wildlife products in Asia, both legal and illegal.

Preventing the decline and extinction of many species in Indonesia, the Ministry of Environment and Forestry, and Global Environment Facility (GEF) supported by United Nations Development Programme (UNDP) are committed to combating the wild animal trade in Indonesia.

Socialization of the program worth US$ 6,988,853 was held at Arya Duta Hotel, on Thursday (21/12/2017). The socialization was held in Manado because the program also includes the handling of wildlife trade in North Sulawesi.

Representing the Directorate General of Environment and Forestry, Achmad Pribadi explained that had several obstacles in the enforcement of wildlife law.

These constraints include weak policy and regulatory framework, illegal wildlife trade information exchange system that has not been built, and less optimal capacity of institutions regarding compliance and law enforcement.

“The ineffectiveness of law enforcement at the site level and less participation of community,” explains Person.

“That is why we invite various parties in this coordination meeting, “said Muhammad.

Yayat Aprinato from the UNDP Jakarta Representative explained that wild animal trade is now equivalent to other international crimes such as illegal trade in gun and drugs.

“But the punishment to the perpetrators is still very weak,” Yayat said.

Several times the authorities arrested the perpetrators of wildlife trafficking who tried to smuggle the protected animals in order to send to abroad, especially to the Philippines.

Bitung City became one of the main entrance and exit, has initiated the formation of Task Force Protection and Supervision of Plants and Wildlife.

“This task force has been formed through the mayor’s in October and will be effective working in 2018,” explained Head of Bitung City Environment Office Jefy Sondakh. 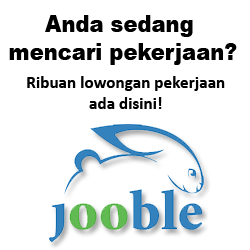